Is there a way to pull subscribers with a tag into an automation several steps into the process? I have an automation that moves from landing page, conditionally checks tags, adds a new tag for a webinar, THEN kicks off an email welcome sequence and a date triggered webinar reminders and event follow up. I have other subscribers I need to pull into the tail end steps but can't figure out how to add them without creating a loop. 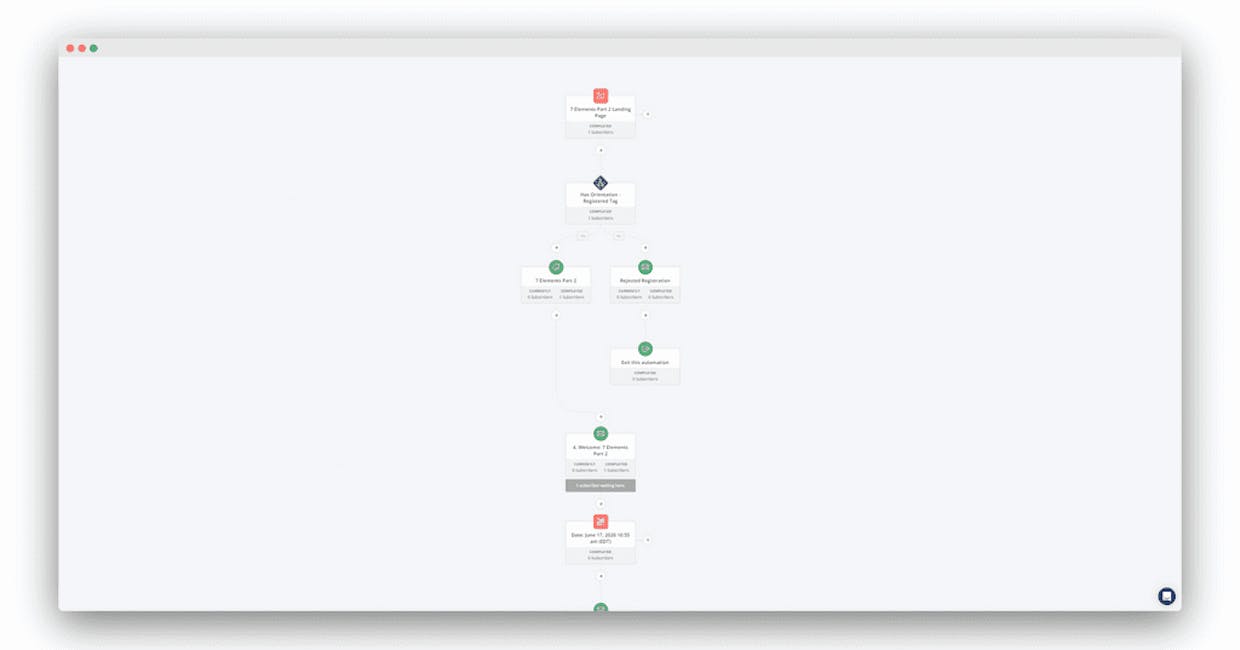 Hey @Marty Kearns36! Unfortunately, it's not possible for a subscriber to enter an automation partway through; they have to enter via one of the top entry points.

In this case, I would probably recommend splitting this up into multiple, smaller automations instead. Typically we recommend having one automation per 'goal' (as opposed to chaining multiple actions/goals one after another within one mega-automation).

You do have the option to set Automation A to move subscribers into Automation B once they reach the end of Automation A, so you can still chain them together in that way. That's via 'Action' > 'Move subscriber' > 'Start another automation':

We also have a guide here46 on how you can 'retire' a current version of an automation, in lieu of switching to a new one. Following that process will prevent interruptions for those subscribers already going through this automation in its current form, but allow you to send new incoming subscribers through a new version (should you choose to), instead.

Hi! I'm trying to re-add subscribers to a visual automation. I followed the instructions for manually adding them (i.e. ... Is there something else I need to do?
New to ConvertKit and have a question about automations: I'm triggering an automation when a subscriber is added to a ... they removed from that first sequence?
Hi everyone, I'm stuck :) I build an automation funneling subscribers from a form or a tag into a Sequence (which sends ... now). Does anyone know why that is?