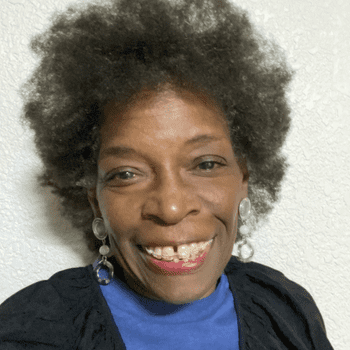 Terri was born in Harlem in 1958, grew up in Queens and Manhattan, attended the High School of Music & Art as a voice and piano major. She went to Fordham University for 2 years as an English major. Her first real job was Manager, then Director of Business Affairs for CBS Records International for 10 years. She moved to General Manager of Paisley Park Music for 2 years.

Having fallen in love the Shibuya-kei scene in Tokyo, she left the corporate world to run a non-profit, Medius Entertainment, whose mandate was to promote cultural exchange by bringing excellent Japanese underground bands to the US.

After almost 15 years of artist management (Pizzicato Five, Buffalo Daughter, FEED), Terri and her business partner decided the music business was moving in too mercenary a direction, and they moved into bi-cultural multimedia production and brand management. By this time, Terri was living in Tokyo, and working to find a way to build a life in the city.

Politics
Terri wrote the Kobunsha – released “Bush in Wonderland”, in 2003, and voted for the first time in the 2004 presidential election. She is a diehard Howard Dean Democrat, who, inspired by the campaign, has become politically active in a number of organizations:
-Democrats Abroad Japan
-Progressive Caucus of Democrats Abroad
-African Americans for Democracy
She served as Director, Northeast Asia for Obama for America; she is a long time member of the Obama Coalition.

Terri’s focus now is the concept learn:::create:::publish. As a lover of courses and books and learning, she has consumed a lot, created sporadically, and published little.

In her early 60s, she decided that had to change.

This site is dedicated to sharing what she learns, documenting her creative projects, and publishing details.

It’s meant for older people who would love to build a creative practice and perhaps even turn it into a business someday.

Terri is fortunate to have a full time job she enjoys, but it’s worth the time it takes to focus on the projects that build – and serve – this community.

Sign Up Now Login Now
There are no users to show.